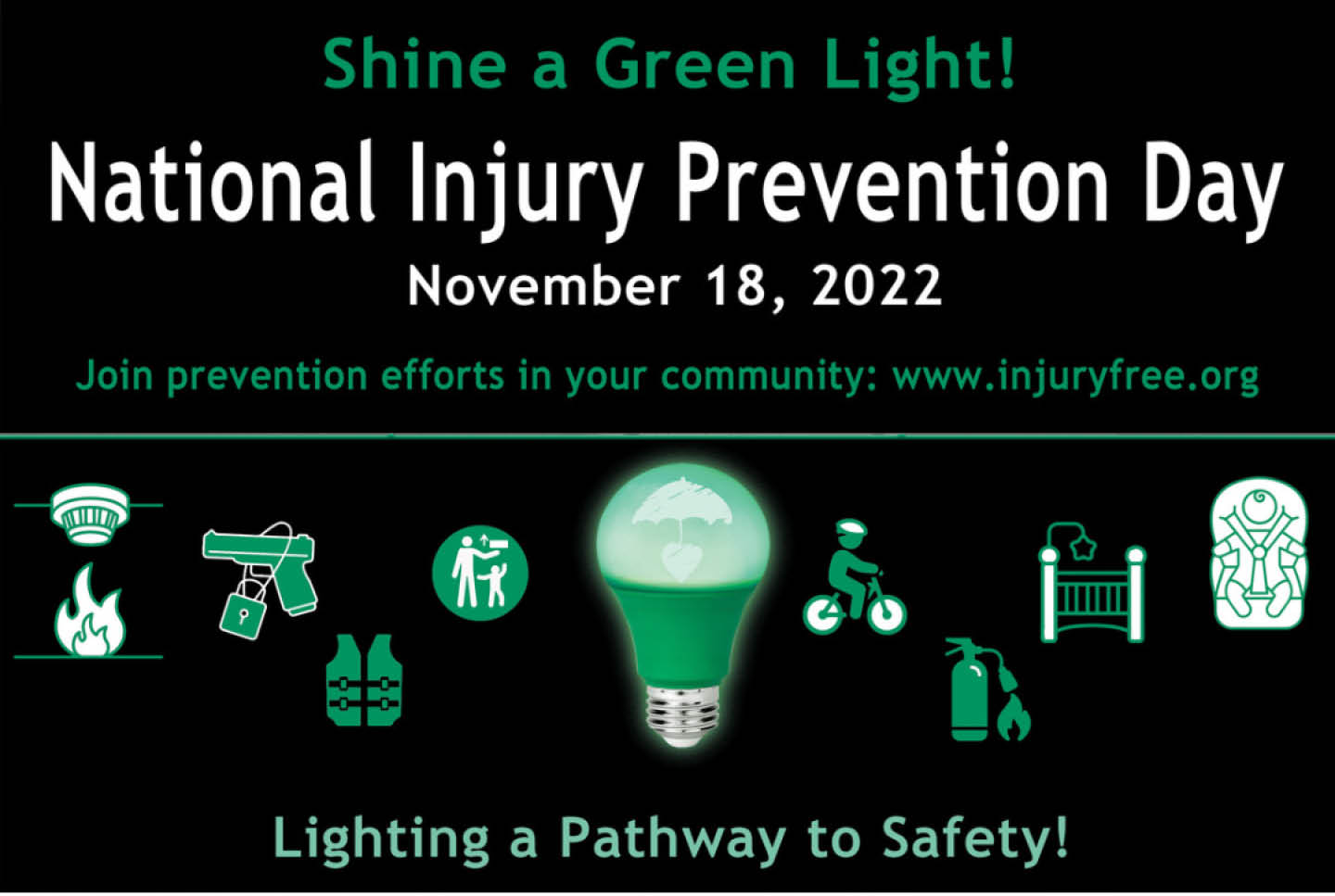 While attention is being focused on new COVID variants and increasing numbers of children battling respiratory syncytial virus (RSV), health care providers and community advocates across the country are working to expose two other elements of concern: injuries and violence. These are the top causes of hospitalization and death of people aged 1 to 44. Many injuries and incidences of violence are preventable with the use of safety practices, products, and the implementation of strong legislative policies.

“Injury prevention covers a broad area of academic research and community practice that includes the prevention of drug overdoses, motor vehicle crashes, gun violence, and suicide as well as others,” said Terry Bunn, PhD, Kentucky Injury Prevention and Research Center (KIPRC) Director and a professor in the Department of Epidemiology and Environmental Health at the University of Kentucky’s College of Public Health. “Injuries are preventable through interventions such as seat belts, and gun safety cabinets, and through promising practices such as the use of naloxone to prevent drug overdose deaths.”

KIPRC serves both as an academic research center and as the Kentucky Department for Public Health’s designee, or “bona fide agent”, focusing on the surveillance of injuries and implementation of injury prevention practices.

This state–university partnership provides KIPRC access to expertise and support in injury- and violence-related research, data, services, outreach, communications, interventions, evaluation techniques, and policy development, at both the state government and academic levels.

Working with community partners and coalitions, KIPRC implements, evaluates, and promotes interventions in order to prevent injuries and improve lives outcomes at the local and state levels.

To better understand why violent deaths—including homicide-suicides—occur, the Centers for Disease Control and Prevention developed the National Violent Death Reporting System (NVDRS) in 2002, of which the KYVDRS is a part. The KYVDRS was funded in 2004 and started to collect violent death data in 2005.

Sabrina Brown, DrPH, the principal investigator for the KYVDRS, said the development of the NVDRS has allowed more pieces of the puzzle be put together to understand the circumstances surrounding a violent death—the answer to the “why”. She said to understand the problem, the “why” is the first step in prevention.

Brown said, since 2005, Kentucky’s rate of firearm deaths among both males and females was higher than the rate of the other NVDRS states combined.

She highlighted two other statistics in particular: Over the last 20 years, rural areas in Kentucky have seen suicide by firearm rates that are 1.4 times higher than urban areas and 79% of Kentucky’s veteran suicides in 2020 were by firearm, compared to 64.9% of overall Kentucky suicides.

On Nov. 15, Brown, who also is the director of intentional injuries at KIPRC, testified with State Rep. Keturah Herron before the State Legislature’s Race Equity Committee regarding a proposal to prevent firearm-related injuries and death.

Another KIPRC project is STIMuLINK, led by Chris Delcher, PhD, KIPRC faculty associate, UK College of Pharmacy professor, and director of the Institute for Pharmaceutical Outcomes and Policy at the University of Kentucky. The project links individuals with stimulant overdoses (such as cocaine and methamphetamine) back to their medical histories at UK HealthCare to look for factors associated with those types of overdoses.

Delcher said Kentucky ranks among the top five states in the country for stimulant deaths.

“Unfortunately, most of what we know about people dying from an overdose comes after they die,” he said. “We are trying to get a much earlier glimpse into risk factors by finding and studying their health records from UK HealthCare.”

Delcher said the project has shown that unstable housing is prevalent in groups of patients that have both stimulant and opioid use disorders. Homelessness increased significantly during COVID (from 21% in 2017 to 35% in 2020) among those individuals reviewed in the project.

“This group is probably at much higher risk of an overdose, and we are looking into that now,” he said.

Delcher said the project also is analyzing the notes that health care providers write when taking care of these patients. He said valuable information is sometimes written there, adding that the project has already analyzed 18 million notes.